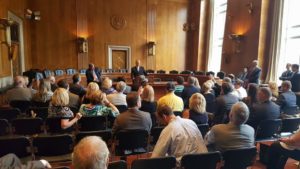 Hurricane Katrina hit New Orleans in 2005 and the damage was catastrophic. Over 300,000 homes were destroyed or left uninhabitable. Businesses, government facilities, schools, infrastructure, including levees and roads, were destroyed. Hurricane Katrina was a Category 5 monster storm. Over 770,000 people were displaced and 1836 people lost their lives. Over 600,000 pets were killed or made homeless. The costs for the emergency services, cleanup, and rebuilding of the communities cost the Federal government and us the taxpayers $108 billion. Insurance paid out $80 billion of the losses.

The National Flood Insurance Program comes before Congress for renewal by September 30th of this year. 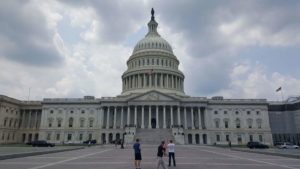 Many years ago the NFIP had to be reauthorized each year. In 2012, Congress decided to extend the renewal for 5 years so they would not have to spend time debating the same issues. However, Congress added provisions in the reauthorization bill that would make significant changes to the program. That reauthorization called the Biggert-Waters bill had many unintended consequences for policyholders in the NFIP. Policyholders saw increases go from $500 to $30,000 per year. While increases were expected for policyholders, no one thought they would rise this much. After a public outcry, additional changes were made that increased premiums to policyholders about 20 percent per year for 4 years instead of the dramatic immediate increases. 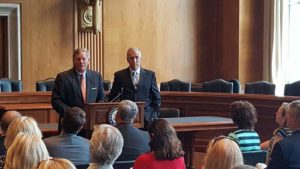 With the renewal coming in a few short months, there is growing discussion about the NFIP, how the program is administered, and who and what it covers for how much. Currently, there are six bills making their way through Congress and probably another one on the way. This is a difficult issue for many reasons and it will be difficult to come to a consensus. One of the first bills to be passed in the House Financial Services Committee has a provision that newly constructed homes can only stay in the program for 4 years, then they will be kicked out. All banks require flood insurance as a condition of the mortgage loan if the house is not in an X zone. That would mean if you built a new home and had a mortgage on that home you would have to pay off that mortgage in 4 years. Most likely the bank wouldn’t give you a loan in the first place. The National Association of Homebuilders is opposed to this provision citing this provision alone will put $34 billion in wages and salaries, $24 billion in taxes and revenue, and 587,000 full-time jobs annually at risk. 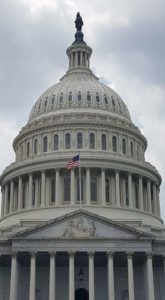 It is important to understand the programs paid its way and actually made money in most years. The costs of Katrina created a huge debt that the program could not repay or recover from. Since Katrina, this government program has been paying interest to the Government at about $400 million a year. That’s right, the government is paying itself interest on the recovery efforts. That doesn’t sound very sensible. Another problem is that 60% of the program’s budget goes to paying for administrative costs. Last year only 1.5% of policyholders actually filed a claim. Many of those were for rain or other events and not hurricane related. Most were along rivers and not on the coast.

There needs to be a major overhaul of how the program is operated. The program does not reward or subsidize rich oceanfront property owners as many people believe. Significant changes are needed across the board and it should start from within the program and not on the backs of ordinary citizens. When your insurance premiums are more than your mortgage, then you know we have a problem. After spending a few days speaking with members of Congress on this and other issues, it is clear that this will not be an easy task to rectify the problems with the NFIP, but they are not insurmountable either.